Change your perspective to build better relationships and create stories that stick.

When I ask product managers why they got involved with product management and what they want from the role, a frequent answer is to have more influence. This also ranks as most important out of all the reasons for being a product manager. Does that ring true for you as well? 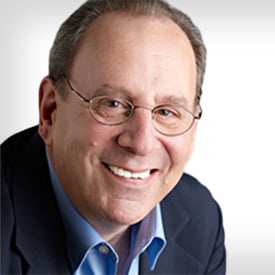 To help us get it, I invited Tom Henschel back. He joined us in episode 137 to share a tool for talking like a leader, which is part of increasing your influence. This time he shared a model for having more influence called the Five Influence Strategies.

In the discussion, you’ll learn how to use the components of this strategy, which are:

[3:38] How can product managers build credibility?

Credibility is made up of expertise and relationships, which are in conflict with each other. People who are stronger in one area tend to be weaker in another, but both are important when you are in a position where you need to influence people. If you are weaker on the relationship side, going out to lunch with other people in the company you don’t know can help you become more comfortable with people and forming new relationships. One the other side of the coin, you’re not going to get by on the strength of your relationships if you don’t have expertise to back it up so you may need to work on that. A good goal is to focus on growing five percent at a time. You can make incremental changes that will lead to long-term growth.

[10:30] How can we involve others to increase influence?

Influence is not the same as persuasion or convincing someone to do something. Trying to push others toward your point of view doesn’t work. One example of this happened during WWII, when the government was trying to convince women to use more organ meat as a way to help with food shortages. One group attended government seminars about the facts related to organ meat. Another group asked women how they would convince each other to do this, which made them actively involved in finding the solution. The second group was far more compliant because they were actively involved. We often go in ready to defeat objections and spout our point of view, rather than really listening to what others have to say. This ties back to the idea of relationships and getting to know others.

When you feel really strongly about something, you talk from your point of view, which doesn’t do much to help others come along with you. Putting yourself in the other person’s shoes can completely change the way you think about something. The arguments that make sense to you might not make sense to someone else, but you won’t know that until you fully consider their perspective. Product managers need to be able to put themselves in their customers’ shoes and our colleagues’ shoes to frame ideas from those perspectives. We all think that we’re already good at this, but there is always room for improvement through these role switching exercises.

[24:40] How can someone present compelling evidence?

Actively involving people comes into play here, too. This is your opportunity to tell your story, not present your data. Compelling evidence usually is not data. Stories, analogies, and metaphors tend to stick with people more over time. For example, listeners are likely to remember some version of the organ meat story from earlier in the episode. That doesn’t often happen with data, which we need to refer back to and can’t recall as easily. Feeling things in your gut is not fluffy, it’s compelling.

[33:10] What does it mean to customize your communication?

It starts with an acknowledgment that there are different types of people in the world and they are motivated by different things. Some people prefer process, and some prefer relationships. I realized that my sister and I fell on opposite ends of this spectrum and suddenly our relationship made so much more sense and it’s never been the same since. Knowing where people fall in that spectrum allows you to adapt your message accordingly. For example, if you see that someone doesn’t like to chat, then resist the urge to chat with them, no matter how much you feel like you need to. You’re not changing your values, you’re just changing your behavior in order to build a relationship.

“Self awareness, recognizing a feeling as it happens, is the keystone of emotional intelligence. An inability to notice our true feelings leaves us at their mercy.” – Daniel Golman, author of “Emotional Intelligence”

Thank you for being an Everyday Innovator and learning with me from the successes and failures of product innovators, managers, and developers. If you enjoyed the discussion, help out a fellow product manager by sharing it.