Ouch – a new requirement was thrown in to the mix.  A representative from the “marketing group” just received competitive intelligence that a rival is adding a spiral to their marble run. 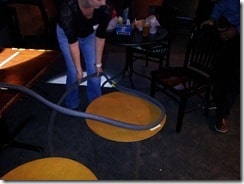 The teams now need to do the same.  With 25 minutes remaining, the teams responded to the requirement in seconds, trying prototypes that could be worked into their plans. 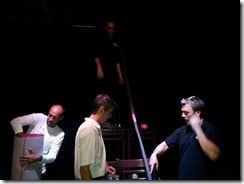 The team to the left was meeting the requirements for length, in part by starting their marble run more than 10’ off the floor.  However, they found the ball had too much momentum to make it through a spiral – back to the drawing board.