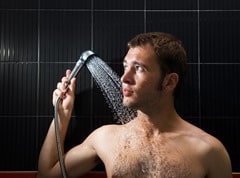 Many successful product development ideas have come to people in the shower in a sudden flash of inspiration. Unfortunately, hot water is not a guaranteed idea creator, and you can’t always afford to wait for that one eureka moment.

One way to get ideas without running up your water bill is to take what is already out there and use it to help you innovate. Here are a three approaches to find those eureka moments.

Many of the most successful innovative products and services were not the very first to the market. The first company to a new market is usually working to prove that the market exists, so it is often not the most optimized product to serve that market.

Such is the case with the new paid reservation market. As outlined by Bloomberg, this is a new market characterized by startups like Zurvu, Food for All, No-Show Scourge, Wasted Food, and many others. These companies charge customers a fee to book a reservation at a high-profile restaurant in the area.

However, before these startups existed, there was OpenTable. Unlike Zurvu and others, OpenTable is a free service – it had to be, because when it was created, booking reservations online was unheard of. After OpenTable proved a market for online reservations, new startups stepped in to make a profit by streamlining the process and incentivizing restaurants to participate.

Tradition, while often useful, is one of the biggest reasons people fail to innovate. Many people see that there is already a tradition, they see that it works, and they stop there. Instead of letting tradition hold you back, think about how traditional methods can be improved and innovated on.

That’s what Jason Aramburu did when he developed Edyn, a smartphone-connected soil sampler. Aramburu came up with the idea when he was working with farmers in Kenya. They used their fingers to measure the moisture of the soil, but Aramburu recognized that this method of soil measurement was limited. That led him to develop a sophisticated soil-measuring device that sends data to user’s smartphones, which saw successful funding on Kickstarter at over $100,000.

Is there something you do largely because that’s how it’s always been done? Try carefully examining it to see if it can be improved – or replaced – by an innovative product.

Make data work for you

Big data is booming. Companies are collecting and storing more information than ever. Often, this information is used for marketing purposes, but it can also be used for innovative product development.

That’s what Michelle Lam realized after she launched True&Co. The original concept for True&Co was a matching service for bras: Customers took a quiz about their body type and fit, and the website would suggest the brands of bra that would fit them best. But after collecting millions of data points on their customers, Lam knew that the data could do more than match customers to existing products – so, she launched her own line of bras. With it comes a completely new way of bra sizing, which accounts for several different types of breast shapes and placements.

Are you or your company collecting and storing data? That data might be the key to your next product innovation. Consider talking to a data scientist to find patterns in the data you collect that may represent under-served areas in the market – you may be surprised how much this data can do for you.

Eureka moments don’t happen in isolation. They have a catalyst – often a series of experiences that paved the way to the new idea. Take inspiration from what is working but can be expanded to provide greater value to customers and create new markets. Look for traditional ways of solving a problem that can be dramatically improved. Or, take advantage of data that can be analyzed in a different way that becomes the foundation of your next product concept. If nothing else works, take a nice hot shower!