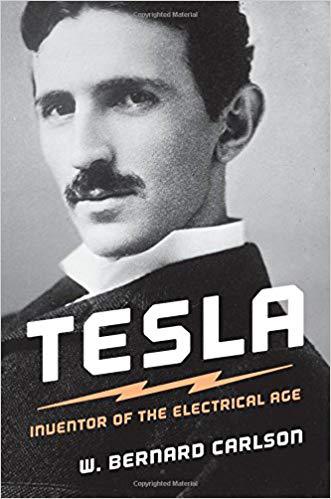 I am wrapping up a 3-month road trip through the Northeast of the U.S., allowing me to meet many innovators and product managers. I had a few experiences, including visiting Niagara Falls, that rekindled an interest for me in historic innovators, including Nikola Tesla, often thought of as the person behind how electricity is created and distributed.

I went looking for a Tesla historian that could help us understand this innovator and what we as modern innovators and product managers can learn from him. My search led me to award-winning author, Bernie Carlson. Bernie wrote Tesla: Inventor of the Electrical Age and is well recognized for his research on Tesla as well as other historic innovators. He is a professor and the Director of Engineering Business Programs at the University of Virginia.

In the interview you’ll hear about Tesla and what we can learn from him, including:

Idea and illusion are both key parts of Tesla’s journey. His father was an Orthodox priest and there’s a notion in that faith that God was present in everything. That drove Tesla to make the best inventions possible. He worked from a top-down mindset, as opposed to the bottom up like Edison and many other inventors. He spent a lot of time thinking until he came up with what he thought was the perfect way to do something, rather than tinkering around until he got something right.

Tesla regarded as a waste of time looking for a needle in a haystack. Instead, he thought you should spend time thinking about the perfect place to find the needle before you start looking. Today, you still need to have an understanding of the underlying science, technology, or knowledge before you start working on something. An inventor always has a model that’s manifested in the prototypes; the invention is the relationship between the articles and the prototype.

[15:17] What role does storytelling play in invention?

[19:01] How did Tesla become good at convincing people his ideas were valuable?

His financial backers at Westinghouse helped him understand how his inventions would add value to stakeholders. They could use his technology to turn electricity from a luxury product to a middle class and then a widely-available product. Tesla’s lively imagination combined with his thoughtful nature made him able to bring others along on his vision. He had the ideas but needed partners in business and engineering to make those ideas come to life. He found those partners at Westinghouse.

[23:36] Is there a modern-day innovator you would compare to Tesla?

Steve Jobs is an incredible parallel. Tesla had more technical skills, but they both have the ability to imagine the perfect product and then bring people into that vision. Jobs knew what the perfect phone and the perfect computer would look like and got people to think more broadly about the possibilities of personal electronics.

Extravagant inventions require extravagant explanations. Tesla loved to call into newspaper reporters and promise amazing things he could do with electromagnetic waves. This was at the height of the penny daily newspapers, who loved his stories. He died in 1943 penniless and forgotten. His legacy was reinvigorated by people finding out about those extravagant explanations and buying into them.

“An inventor has so an intense of nature with so much of it a wild passionate quality…” -Tesla on the two qualities of inventors, intensity and passion.