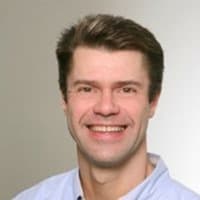 Luke Hohmann was recommended by the VP of Global Innovation of the RELX Group, Jeff Honious, who was my guest in episode 28. Consequently, I knew I had to interview Luke to learn about his tools for innovators. Luke is the founder and CEO of The Innovation Games, which is now known as Conteneo. His past experiences include computer scientist, engineer, and product manager. Luke is serious about the smart application of games to optimize decision making in innovation, product development, and market research, and numerous companies use his tools. He is also the author of “Innovation Games: Creating Breakthrough Products Through Collaborative Play.” My favorite line from his profile is: “Luke’s an old school Silicon Valley entrepreneur. Instead of building a company to flip, he’s building a company to change the world.”

“It is not the critic who counts, not the man who points out how the strongman stumbled, or where the doer of deeds could have done them better. The credit belongs to the man who is actually in the arena; whose face is marred by dust and sweat and blood; who strives valiantly; who errs and comes short again and again; who knows the great enthusiasms, the great devotions; who spends himself in a worthy cause; who, at the best, knows in the end the triumph of high achievement, and who, at the worst, if he fails, at least fails while daring greatly; so that his place shall never be with those cold and timid souls who know neither victory nor defeat.” -Theodore Roosevelt