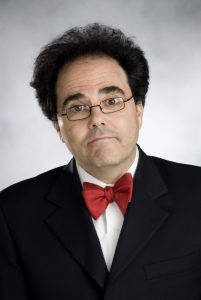 What does McDonald’s sell?

We quickly responded with: hamburgers, fries, drinks, apple pies, and that sort of thing; basically they sell fast food.

But then someone asked why they also have children’s play areas in some stores.  Once again the question came, rephrased slightly…what is McDonald’s really selling?

After much discussion, we settled on:  a reliable and convenient fast eating experience.

Reliable was key.  McDonald’s was known, at least in business schools, for having well-refined systems that maximized productivity, repeatability, and reliability.  Their training systems alone were a marvel – transforming teenagers into generally polite and efficient fast food service machines.

Have you been to a McDonald’s lately?  I have been to several – more than I want to admit.  While traveling the US for the year on this project, I spend a good deal of time where I can find wifi and power outlets – Starbucks and McDonald’s are my go-to work destinations as they are easy to find and have caffeine I crave.

My experience with McDonald’s has been less than reliable or convenient, and the employees of all ages are generally impolite.  This is not a localized problem, as I have been in McDonald’s the last few months in over a dozen US states.

Consequently, I had been formulating a blog post I planned to title, “The Coming Demise of McDonald’s.”  That was before I stepped into the McDonald’s in Oro Valley, a suburb of Tucson, AZ.

How This McDonald’s was Different 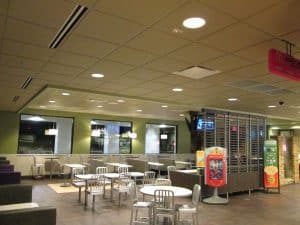 The first thing that struck me was the layout of the eating area.  It was open, with many different types of seating arrangements, including space for small and large groups and booths, tables, and elevated counters and tables. Three large  screen televisions  hung from the middle of the space.   Further, there were electrical outlets everywhere.  I was in laptop-power heaven!  The layout was a bit of a mix between the McCafe’ format and a more traditional open dining space.  It worked and it was different.  It was also very clean – another new experience for me at a McDonald’s.

I settled into a booth, opened my laptop, and started doing some work.  In a few minutes I was wondering if I was really in a McDonald’s.  I heard employees frequently greeting customers by name and a pleasant “Hi, what can I get for you today” or a similar welcoming phrase.  The counter staff was acting more like they were in a coffee shop than a fast food place – actually being courteous with smiles on their faces and welcoming returning customers.  Often a little banter occurred between customers and employees.  When customers were not present at the counter or drive-thru, the employees’ interactions with each other were respectful – not what I had seen in other McDonald’s. 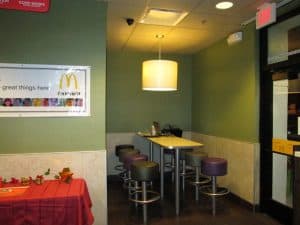 Over the next few days this McDonald’s became a frequent work destination.  Regardless of the time of day, the experience provided by employees was generally similar – not perfect, but much better than I had come to expect from McDonald’s.  I did notice the real star of the team was the morning manager.  It was clear he set the tone and created the atmosphere of great customer service.  It was also a confident operation, not phased by the frequent rush of customers through the drive-thru.  The manager kept everyone working smoothly, calling out what needed to be done in an efficient mission-control style while also frequently personally greeting customers.  One morning my greeting was a hearty, “Good morning – Chelzee will  be glad to help you.”  And that she did, with a smile on her face.  She wasn’t “taking my order” but providing friendly service.

Once again, I had to wonder if I was really at a McDonald’s.

Why This Store Was Different – The Mike Factor 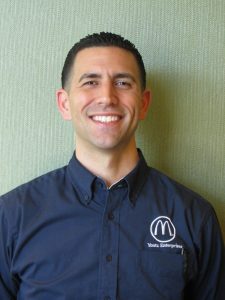 Enough of having my expectations for a McDonald’s experience well-exceeded – I had to find out what made this business tick. While ordering breakfast, I asked the morning manager if I could talk with him later about how the store was managed.  He said sure and asked if he could join me for breakfast.  Wow.  We talked over Egg McMuffins.

Turns out the morning manager is the Owner / Operator of the store.  I hit the jackpot – just the person I wanted to talk with about what makes this business work the way it does.

Mike Yontz moved his family from their home in Florida to the Tucson area for the opportunity to own a McDonald’s store.  Moving was not his first choice, but necessary if he wanted a store.

Mike started for McDonald’s when he was 14, working with his father.   He credits his father, also a McDonald’s man, for modeling outstanding customer service and how to manage a business.  His father’s standards were “extremely high” and he always valued his customers.   Starting at McDonald’s as a fryer, his father grew his career to managing 60 stores for an owner and then eventually getting his own franchise.   Unfortunately, he died unexpectedly a year later.

What is the Mike Factor

“The Mike Factor” is something I see over and over in my interviews with business owners and innovators.  The owner sets the tone for the business.  In the successful businesses I have encountered, this tone centers around a strong customer focus, core ethics to treat people fairly, confidence in addressing problems and finding solutions, and a work tempo that is always pushing the business to be better.  It is inspiring.  Mike sets the tone around several points:

The Challenge of Growth as an Owner / Operator 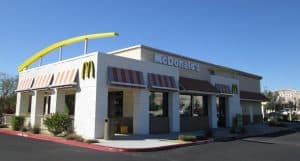 Mike views his customers as his life blood.  He recognizes his objective is to create an environment where customers want to return.  He has been very successful in doing so, but, having a single store means he also is in the store most days.  When he establishes a second store, he will have less influence in the first, and even less with the third and subsequent stores.

The concern is when he’s not there. Will the management staff sustain the culture and the high standards of customer service when he’s not there?  Mike will have to grow into this new challenge but he is already creating a foundation he can build on.  This foundation is seen in his shift managers that are doing a good job replicating his tone.

The Challenge to McDonald’s and Other Companies  that Overlook Talent 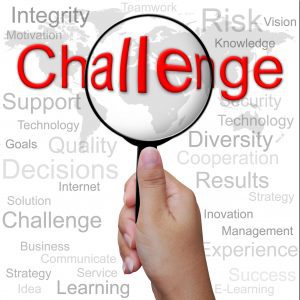 From my experience visiting numerous stores, McDonald’s has a real problem.  I would guess there are many franchise owners who are not effectively engaged in their stores.  They may be making the numbers, but they are also eroding the brand.

McDonald’s – you have to know about this problem already and I would expect you are very concerned.  You should be.

What should McDonald’s or any company do about this?  Start by not overlooking the talent you already have.  There must be a few Mike-type owner / operators in the franchise.  Learn what they are doing right and what makes them stand out.