Tips on driving innovation within organizations for product managers and leaders 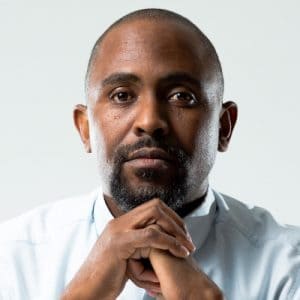 Our guest says that organizations need pirates. These are the people who make entrepreneurship a legitimate part of the business. They are the innovators and transformers. Pirates design value propositions and business models that scale.

Our guest’s name is Dr. Tendayi Viki, Associate Partner at Strategyzer, helping companies innovate for the future while managing their core business. He has written three books, and his latest book is Pirates In The Navy: How Innovators Drive Transformation.

If pirates get found, they walk the plank, so you don’t want to be a pirate like Steve Jobs, who was antagonistic to his own company and eventually had to leave Apple. Instead, make innovation a legitimate part of your company. Bring in aspects of entrepreneurs like innovation, confidence, testing assumptions, focusing on the market, and making sure you generate revenue, but don’t bring in aspects like ego, brashness, vanity, or overconfidence. Good pirates are a mixture of great innovator and great political acumen.

Another analogy is privateers. Privateers were pirates who were paid by a country to complete a task. Many of them became explorers. You want to be a privateer or an explorer because someone sent you and is invested in your success.

In innovation, we care about combining great ideas with sustainably profitable, scalable business models that create value. In an innovation lab, you need to be engaged in innovation, not innovation theater that looks like innovation but isn’t really creating value.

One of my favorite examples of a successful innovation lab is at Intuit. Their lab is connected to their global organization, allowing people to be privateers within their company. Their program Design for Delight provides corporate coaches and allows employees to spend 15-20% of their time in the lab working on ideas. Intuit has been successful with their innovations because they’ve been focused on creating value.

We need authenticity. The biggest challenge we have with innovation is that there are a lot of myths and behaviors that aren’t really productive. People blame their organizations, but that’s only 50% of why innovation doesn’t succeed. The other 50% is that innovators are much more interested in looking innovative rather than working on things that create value.

There’s no chance an innovator can ever work on a product and launch it without collaborating with other key functions in the business. The question is, As an innovator, what agreements can you make as you’re working on your project that will allow you to succeed in the future? Many innovation teams try to avoid communicating with other teams as much as possible until they feel they’re ready, but then when they reveal their product no one else cares because they never knew it was happening. While you’re doing your work, you must also build bridges back to the core. Make connections with sponsors, legal and compliance, finance, etc.

Some teams innovate in secret because otherwise their innovation would be seen as too risky and be killed. However, successful teams always have a leader in on the secret—the CEO, CFO, head of marketing, etc. The leader helps protect the idea and navigate across hurdles.

Another way to innovate, which I prefer, is to create a methodology, teams, and leaders for innovation management before ideas come up. Some people say that companies shouldn’t have an innovation department because innovation should be everywhere, but we need expertise to manage a systematic methodology that’s driven throughout the organization. The challenge for companies in the 21st century is to have an entrepreneurial function inside the organization whose job is to build the infrastructure and connections that allow teams to innovate.

I worked on creating this entrepreneurial infrastructure at Pearson. We created systems for innovators to work incrementally, getting a little funding at a time as they showed that their idea was successful. We had approval from the CEO and board, but we also got agreement from the middle managers, because you have to show that you’re creating value for other stakeholders or else they’ll stifle your effort.

[24:12] How can an organization become more innovative?

The problem is that innovation doesn’t have the power and status of other key functions. Most innovation teams say they would be as easy to get rid of as an external consultant. We want innovation teams to be as hard to get rid of as a key function like finance. An organization can drive innovation top-down through an entrepreneurial CEO, chief entrepreneur, or head of innovation. However, many companies aren’t yet at a point where they can do that. Another method is to start from the bottom. Start by getting early wins. Identify the leaders who are early adopters for innovation and work with them on small projects, helping them succeed in areas that are important to them. Celebrating those wins helps you start a movement for innovation.

[30:23] What are some examples of successfully starting agreements?

We asked finance how much money they would be willing to invest in an idea that hadn’t provided any financial projections. They said they would never do that; they’ll only give money if we promise a return. We then asked how many projects ever give the return they promised. Finance opened up about their frustration with people they thought were making up numbers and whose projects weren’t even being tracked. We asked them to imagine making small bets that bring information about whether or not something is worth investing in. How much money would they spend on that? That started the negotiation, and they were willing to give us up to $350,000; after that we had to have a business plan.

People also try to avoid legal and compliance. When I was working with an airline company, we brought legal and compliance into the room early in the project and presented our innovation framework, then asked for all the criteria they needed before they could sign off on the project. They wrote down twenty-five criteria. We told them that during this stage of discovery, we were just talking with customers to find out if there was a real need, and we asked them which criteria apply to that stage. They gave us just two or three criteria. Step by step we built up our framework, finally presenting how the entire innovation framework aligned with their criteria. Legal doesn’t want to be a check box at the end of the process. They want to be involved in systematically helping you build your project; then by the time you need to scale, you already have their support.

“When a flower doesn’t bloom you fix the environment in which it grows, not the flower.” – Alexander den Heijer