The beliefs that enable innovation for product managers 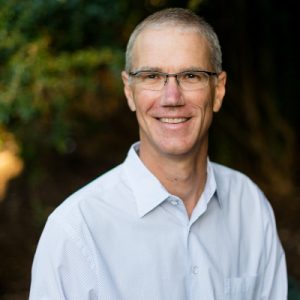 Are you an innovator? Not every product manager is, but I think the good ones need to be. Innovation is most frequently described as a process that brings something new into existence, creating value for others, such as customers.

Our guest shares that innovation is really about people and those who are good at it have a different mindset. While process is important, innovation needs the right people involved.

The discussion covers a lot of ground as Chuck Swoboda, retired Chairman and CEO of Cree and a pioneer in the LED lighting industry, shares his 30 years of experience with us.

We discuss the mindset he wrote about in The Innovator’s Spirit that people use to make the seemingly impossible a reality, examples of innovation at Cree, how to find and hire innovators, using Brutal Truths to improve anything, and why Steve Jobs was right when he said customers don’t know what they want.

[4:05] What problem does your book The Innovator’s Spirit solve?

Most writing on innovation is about process or recipe. I wrote The Innovator’s Spirit to share the missing piece of people and mindset. My book helps anyone who’s interested in innovation to unlock the mindset that lets us innovate.

Innovation is something new that solves a customer problem and creates real value.

We need to create experiences to form new beliefs. For example, put yourself in a situation where you’re likely to fail. You’ll realize that the idea that you can’t do something is in your head. You learn resiliency by surviving failure. When you have the innovator’s mindset, you’ll realize that missed opportunity is the biggest risk.

[14:20] What’s an example of trying something new with the innovator’s mindset?

At Cree, an LED company, we tried to convince lighting companies to make LED lightbulbs, but after several years, none of them had. We decided to make LED lightbulbs ourselves. Five people developed the Cree LED bulb in secret in a year, and we convinced Home Depot to buy it. We got into the consumer products business we had never been in before. We risked losing some R&D dollars, but the bigger risk was not turning on the market for LED lighting.

People who like innovation view failure as learning. In innovation, you’re trying to get an answer that may or may not really exist.

[17:53] What were the characteristics of the five innovators who developed the LED lightbulb?

We picked people who were rule breakers. They were unafraid of failure, yet they were unwilling to fail. They were motivated because their pride as innovators was on the line.

[21:22] How did you identify those characteristics?

I found out how they deal with uncertainty. I want people who will figure out how to solve problems. I asked them to describe their biggest failure and what they learned. I want people who are unwilling to fail and who empower themselves. I also make sure their title isn’t important to them, because we need people who are flexible enough to tackle whatever problems are in front of them.

If you’re going to innovate, you have to be focused on the unvarnished facts—the brutal truths. We need to care more more about constructiveness than collegiality, because if you’re not willing to get into the real details and facts, you have no chance at solving a problem that needs to be solved. We encourage people to give real feedback, and it’s the responsibility of the person receiving the feedback to hear it as constructive.

The customer can’t ask for something that they don’t know is possible. Steve Jobs wasn’t suggesting you never talk to customers, but customers can’t tell you what to do. Listen to the customer, but also listen to the problem that needs to be solved. It’s also important to sell your product by explaining how it solves the customer’s problem, not by telling why you think it’s good.

Tell us about some moments in your experience as a pioneer in LED lighting that your innovator’s mindset helped you.

When I took the job at Cree, after turning it down two years earlier because I was afraid of failure, I realized that you don’t get to pick opportunities; they pick you, and you have to be willing to say yes. Cree was a journey of discovering what it takes to pursue the impossible. We found out that most things people said were impossible actually were possible.

Cree developed a lighting-class LED that none of the major lighting companies would buy because they didn’t see a market for it. We chose to buy a small company, LED Lighting Fixtures, to prove to the end customer that LED lighting was better and force the other lighting companies to embrace the technology. Buying the company was risky, but it was the cheapest and most effective marketing strategy, and it worked incredibly well. When people say you can’t, you have to get out in front and show them. Markets don’t happen. Somebody makes them happen. If you want to be the innovator, that somebody has to be you.

How did you change over the two years between refusing the job at Cree and accepting it?

I was working for Hewlett Packard’s LED business and was frustrated with the barriers I was facing. I realized I had turned down an opportunity to just go for it. The job at Cree wasn’t any less risky, but I was thinking differently about risk. If it didn’t work out I would still learn something and could get another job, so why not just do it? Expect something good to come out of new opportunities. You don’t need to know what it will be, but if you go in with that attitude, it gets a whole lot easier.

“There’s a way to do it better—find it.”  - Thomas Edison