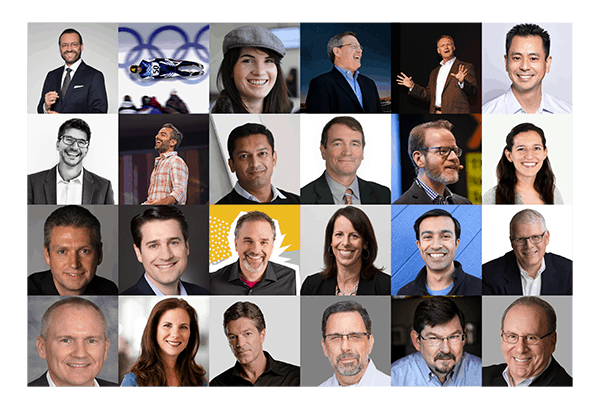 The Everyday Innovator™ Online Summit recently ended. It was April 8-10, 2020. The speakers were absolutely incredible! Twenty-five top experts shared their strategies, practices, and tips to help product managers and product VPs gain higher performance and get more success. You can still get the wisdom they provided. 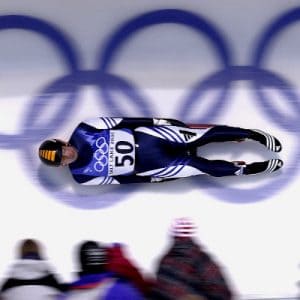 Ruben Gonzalez was our motivational keynote for the Summit. He was so good, I wanted to share the discussion with you as well, The Everyday Innovator™ podcast listener. I won’t be sharing other sessions from the Summit, but I think you’ll find this one inspiring. Even though we recorded it before concerns of COVID-19 dominated the news, it’s a message you need to hear now.

Ruben is the only man alive who has been in four Winter Olympics across four decades and he is working to make the 2022 games his fifth. He describes himself as a common man who achieved extraordinary things. He wasn’t a gifted athlete. In school he was always the last kid picked to play sports. He didn’t take up the sport of luge until he was 21, which is considered ancient to start preparing for the Olympics. Four years and a few broken bones later, Ruben was competing in the Calgary Winter Olympics.

His incredible story takes people’s excuses away and fills them with the belief and inspiration to face their challenges and fight for their goals and dreams. People buy into what Ruben teaches because they can relate to him. In this discussion, Ruben will inspire and equip you to win.

Whether achieving victory in the Olympics, in business, or in life, the same success principles apply: focus, discipline, integrity, teamwork, leadership, overcoming your fears, and committing to excellence.

The Olympics has been my dream ever since I first watched the games on TV when I was 10. But it was a pipe dream because I was always the last kid picked for PE. I had a lot of heart, but my body didn’t go with it. When I was 21, watching the figure skater Scott Hamilton win the gold medal gave me hope. I thought, if that little guy can win, I can at least play. I decided that I would be in the next games no matter what. I just had to find a sport.

I always had the desire, and after seeing Scott Hamilton, I had the belief. In high school, my nickname was Bulldog because I was always very tenacious and persevering. I decided to pick a tough sport, with a lot of broken bones, because hopefully a lot of people would quit, and I wouldn’t. I picked the luge. After four years and a few broken bones, I made it to the Calgary Olympics.

After I got excited about the Olympics, my dad encouraged me to read books about the lives of great people. I realized that perseverance is the common denominator to reaching your goals. It’s not a guarantee, but quitting is definitely the end of your dream. Success is a decision–committing to figuring it out no matter what.

My dad also encouraged me to hang around winners. The people you’re with and the books you read determine where you end up. When people who have already done big things start believing in you, you start believing in yourself. The mentors I started spending time with asked me questions like, Why not now? Why not me? I made it onto an NCAA Division 1 soccer team, but a few weeks later the coach told me that I was a threat to my own team. I was too slow. But at least I was part of a team now. Soon after that, watching Scott Hamilton was the last straw that gave me the belief.

For me, going to the Olympics was never about the medal. I wanted to be in that club of people who can say, “We’re Olympians.” The best part was being with the other Olympians. I felt proud just to be with all these people doing great things.

My dad said, “Life is a series of challenges. You’re either in a storm front, you’re going into one, or you’re coming out of one. You have to be tough. Life’s going to knock you down, but you have to be ready.” Because he told me that, I started putting on mental armor, realizing that life is tough but I’m going to be tougher. When life is like a minefield, the best way to cross it is to follow somebody else who has already crossed it. My dad always told me, “Find somebody who’s done what you want to do and learn from them.” And be willing to do the work, not just learn.

I have ADD. I can super-focus, but I get bored easily. I need a big challenge or else I go crazy inside. It’s not so much about what I’m trying to achieve, although being the oldest winter Olympian in history would be huge because I could really inspire people. After I qualified for the World Cup when I was 55, my coaches told me I had a shot. That was all I needed to hear. Go for it. Dig deep inside, find out what you’re made of, and see if you can make it happen.

[23:23] What are the key ingredients to succeeding in life?

Perseverance is the key. Quitting is not an option. I believe that God puts a dream in your life, and when you follow the dream, you find your God-given gifts and make the world a better place. It’s not about achieving the dream; it’s about the person you become as you follow the dream.

My dad always said, “When you look for a mentor, look for somebody who has fruit on the trees.” Talk to someone who’s actually done what you want to do. When I started my business as a speaker, I realized I had to find a mentor. I found a man who had been in business for 12 years; he had fruit on the trees. He said I could ask him whatever I wanted for 60 minutes once a month. At the end of the meetings, he gave me homework. He said, “If we ever meet and you haven’t done last month’s homework, it’s over. I don’t want students. I want action people.” When you follow somebody who’s done it, you don’t have to rely on your own belief or disbelief because you’re riding on somebody else’s coattails.

[34:33] Bonus Question: How do you keep moving forward when life gets tough?

The two things that hold most people back are fear of failure and fear of the unknown. We paint in our minds the worst thing that could happen, and nine times out of ten when we face our fears, the fear disappears. During training for the luge, I visualize an escape route for everything that could go wrong. Having a plan for anything the track throws at me gives me confidence because I know I can handle it.

Every morning, I ask myself two questions: First, what am I really looking forward to today? Expectation gets me excited. Second, what’s the worst thing that could trip me up today and how can I fix that? By planning ahead, I’m prepared so I can rebound when something bad happens.

“If you are going through hell, keep going.” – George Patton