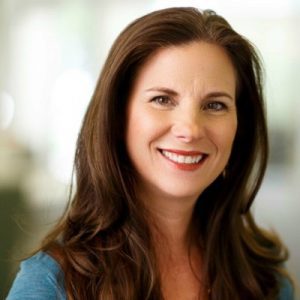 The simple way product managers can clearly communicate anything and increase their influence.

During the month of July, 2019, I’m sharing some of the most favorite and valuable discussions from the first 100 interviews. If you haven’t come across this one yet, it will make you a better communicator! It was originally episode 076.

The 2016 Annual Product Management and Marketing Survey identified four skills that are responsible for a significant increase in personal income. Product managers that excel in these four areas earn 25% more than product managers who don’t. One of these skills is called “pitch artist” and is defined as, “the ability to stand up to peers, managers and executives and sell them your ideas and conclusions.” When it comes to being a pitch artist — effectively communicating ideas and influencing others — there is no better expert than Nancy Duarte of the Durate design firm in Silicon Valley.

Nancy is a communication expert who’s been featured in several publications including Fortune, Forbes, and Fast Company. Her firm has created thousands of presentations for the world’s top institutions, including Apple, Cisco, Facebook, GE, Google, TED, and the World Bank and has taught many more people how to create effective presentations. She’s also the author of Resonate, Slide:ology, the HBR Guide to Persuasive Presentations, and co-author of Illuminate: Ignite Change Through Speeches, Stories, Ceremonies, and Symbols.

There was so much to cover that the interview is in two parts with each addressing a different topic.

In Part 1,  Nancy shares how product managers can effectively communicate ideas and influence others to support their ideas. She takes us on a journey through storytelling, movies, and tribal traditions, sharing what it means to be an idea Torchbearer through five stages:

I had a special co-host, Dr. John Latham, guide the discussion in Part 2.  Nancy shared her experience taking a small innovative company and scaling it without losing what makes it innovative.

“If you want to build a ship, don’t drum up people together to collect wood and don’t assign them tasks and work, but rather teach them to long for the endless immensity of the sea.” –attributed to Antoine de Saint-Exupéry