You don’t need to reinvent the wheel, just innovate around it. 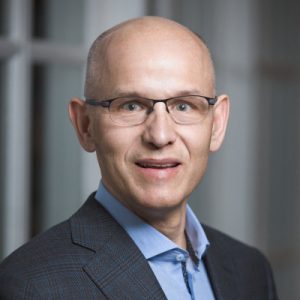 Fundamentally, product managers should be driving success for their organization. We do that by providing customers value. The source of that value may be, and perhaps should be, closer to our core capabilities than is often thought. The toy company LEGO found this to be true, only after being on the brink of bankruptcy. Other companies have also discovered this principle, which is something my guest calls innovating near the core.

My guest this week, David Robertson, explored this in a book-long case study of LEGO, called Brick by Brick:  How LEGO Rewrote the Rules of Innovation and Conquered the Global Toy Industry. In his recent book, The Power of Little Ideas: A Low-Risk, High-Reward Approach to Innovation, he studies other companies who have won their market using a similar approach.

David is a Senior Lecturer at the MIT Sloan School of Management, where he teaches Innovation and Product Design. He is also the host of the weekly radio show on SiriusXM called “Innovation Navigation,” where he interviews world-renowned thought leaders about the management of innovation.

In the discussion, you’ll learn:

In the end, there’s a huge difference between sufficient and necessary. In LEGO’s case, it wasn’t sufficient to only sell boxes of bricks, but it was necessary and their business model couldn’t succeed without them.

The product manager at Sony probably worked really hard and did everything that management asked but is still blamed for what went wrong. As a product manager, you need to be aware of this and never lose sight of what the core product is and how you can innovate around it.