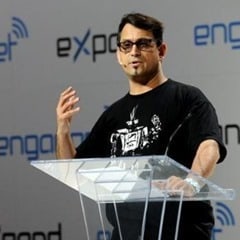 Back in episode 25 I told you about a unique experience I had creating the Future Innovation Leaders class for 8-12 year olds. We explored the connection between the digital world and the physical world. One of the tools we used was LEGO Mindstorms – robots that can be built and programmed. An executive at LEGO listened to the podcast and we started a conversation about innovation at LEGO. Innovation is a part of LEGO’s DNA, but this has not always been the case. In the 90s, the company’s sales were declining. They hired innovation consultant after innovation consultant, trying practices that worked for others but were not a good fit for them. In 2003 the company lost $300 million dollars. Then a few things changed, with a focus on creating “enhanced play” experiences. Today, 60% of their annual revenue comes from new products – innovation is at the core of their successful business.  Part of their turnaround is because of how they leveraged their loyal fans, creating a community that promotes the brand and extends what you can do with LEGOs.

When I asked LEGO who I could interview to discuss innovation, their response was interesting, but not surprising given how their community of fans has influenced their success. They said to talk with “bazmarc” – at least that is how he is best known in the LEGO community. Bazmarc, who is Marc Andre Bazergui is an IBM Remote Technical Support Specialist by day, and a LEGO Robots Expert by night. He is one of the 12 members of the official LEGO Mindstorms Expert Panel (LMEP) that has been actively involved in the design, testing, and development of the product. He is also a contributor to a larger but exclusive group called the Mindstorms Community Partner (MCP) program. Marc has traveled around the world for events to inspire kids and adults with the wonders of Mindstorms. My interview with Marc uncovers community-building practices product managers can put into action.

“Innovation is taking two things that already exist and putting them together in a new way.” – Tom Freston