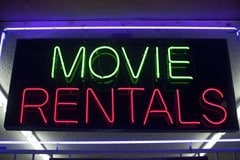 Fast Company named Netflix as one of their “Most Innovate Companies for 2014″ and it’s no surprise. Netflix began their life as an innovator. Founded in 1997 and made public in 2002, Netflix has been shaping how we receive our in-home entertainment for nearly two decades. Their innovative approach to home delivery of the latest Hollywood hits completely altered the average consumer’s approach to enjoying their favorite movies. Born in an era dominated by video rental storefronts like Blockbuster Video and Hollywood Video, Netflix exemplifies several innovation practices.

In the early years of the company movie-watching customers wanted a wide selection of titles that was readily available. The challenge store front businesses had was their limited shelf space. Any adult of the 90’s understood the frustration of driving to a video store only to discover the title they were after was rented to others who arrived at that store before them.  Netflix identified this problem and created an innovative solution. If you remove the store and shift to a dot-com model, you can have as much shelf space as you can program. Without their fancy cases or the need to be visibly appealing, one warehouse can hold thousands of copies of the same movie on DVD and appease thousands of demanding customers that never have to leave their home to be gratified.

Partnership Can Lead to Profit

In 1997, however, appeasing those customers proved to be more of a challenge as many homes did not have a DVD player, the primary medium Netflix was able to overcome the storage issues with. Netflix turned to innovation. They created partnerships with DVD player manufacturers and retailers to generate interest in both the equipment and the service Netflix was striving to grow. We glean from Netflix’s example that innovation can be enhanced through carefully crafted partnerships, which can grow an idea into a profitable service through mutual cooperation.

Solve Problems Before They Are Problems and Don’t Give Up

In 2007, Netflix innovated once more as it rolled out movie streaming and taught us yet another valuable lesson in innovation; identify the problem to be solved before the customer is even aware of it.

Through their movie streaming, though it underwent a very tremendous fluctuations before landing on a successful model, Netflix not only met the demands of their customer base, they exceeded it. They provided their subscribers the best of all options; not only did they not have to leave their home for entertainment, they didn’t have to wait for the mail service either. Netflix met the small but growing trend of instant video viewing before it became mainstream.

Innovation Does Not Re-invent the Wheel

Most recently, Netflix teaches us that not all innovation stems from ideas never before addressed. The company has now released several award winning series produced in-house and available only through their streaming service. The idea of a pay-channel (or in this case, service) creating their own original content is not new. HBO, Showtime and Starz channels have been dominating the market in this arena for years.

Netflix took a risk in that they aren’t a channel, rather a subscription service, and had no history of creating content whereas channels like HBO have been producing movies and series for almost as long as they’ve existed. Nevertheless hit shows like Orange is the New Black, House of Cards and Derek have hit the entertainment air waves in big, award-winning ways.

Netflix has proven that you don’t have to be a big studio to make quality programming nor do you have to re-invent the wheel every time you innovate. They play to their strengths and stay in front of customers’ wants and needs.

Too many interviews to review? We got you covered.

x
Send this to a friend