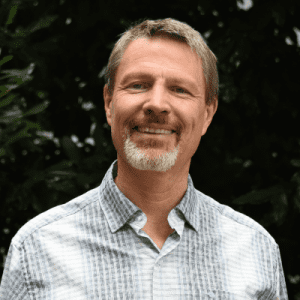 This episode is sponsored by PDMA, the Product Development and Management Association. PDMA is a global community of professional members whose skills, expertise, and experience power the most recognized and respected innovative companies in the world. PDMA is the longest-running professional association for product managers, leaders, and innovators, having started in 1976. I have enjoyed being a member of PDMA for more than a decade, finding their resources and network very valuable. Learn more about them at PDMA.org.

PDMA invited me to their conference, which was in Orlando, Florida, to interview some of their speakers. This speaker presented on the topic Get into the Discovery Zone. With Lean and Agile methods, it is too easy for teams to fall into the trap of pursuing speed and a sense of progress, while failing to provide value on the most important aspects that customers need. The Discovery Zone changes that. We’ll find out how from David Matheson. He’s a Practitioner & Thought Leader in Portfolio & Innovation Management and cofounder of SmartOrg, a Silicon Valley based company that connects innovation and finance. With decades of experience, David has helped senior management of firms around the world improve their results from portfolio management, product development, innovation, R&D, capital investment and strategy. He earned a Ph.D. at Stanford University where he has also taught strategic portfolio management.

[2:10] What is the problem that led to the Discovery Zone?

The Discovery Zone grew out of my work with HP. Around the time the Apple Watch came out, HP had the best smartwatch. The innovation team was charged with figuring out if they could pull off a digital watch. They made a really cool watch and sold enough to show it’s real. Everyone got super excited. The management review board’s next questions was “How do we make a business out of this for HP?” The team ran ahead and made more watches. They proliferated about 10 different watches, and they all sold and made more money. The team came back and said, “Look at our great success,” but management said, “You did not answer our question. In fact you’ve demonstrated this cannot be a business for HP.” And they killed the program.

It was probably the right call because the innovators charged ahead with making the product and didn’t think about answering the questions that would really make this work for HP. HP made a few SKUs of laptops and sold millions. Watches run in ten thousands. The innovation team demonstrated unintentionally they couldn’t make it scalable.

There’s an innovation blind spot that Lean and Agile methods invite us to walk into. We come up with hypotheses and do the ones that make the most traction. “Learn quick” is the mantra. That’s good as far as it goes, but most teams often don’t do critical thinking. They don’t take a broad enough view and work on the wrong hypotheses is. Like the team at HP, they’re not asking the right questions.

The Discovery Zone is customer discovery when the customer is internal to the organization or is the organization itself. It’s outside your comfort zone. As an innovator, you hear what your stakeholders want from the perspective of the routine of the organization. Routine is a giant distraction machine, but there’s a lot of political force around that. You want to make progress, so you listen to your key stakeholders. You pick something small to work on in your comfort zone. That’s not the job of the innovator. That’s what HP was doing. They knew how to make things, so they made watches.

The Discovery Zone takes a different perspective. First, get multiple perspectives on what the issues are—what’s between you and the big dream. Look for issues that are both speculative and impactful. Speculative means they’re outside the company’s wheelhouse. Surprise is likely and we’re making it up has we go. There’s uncertainty and ignorance is high. Impact means how much resolving the uncertainty will change the confidence in the business case. In the HP example, the question of whether they could make more watches had an impact of +/-10% on the business case. People knew you could do that. The questions of whether HP could do it in a modular, scalable way would change the business case 10-20x.

The Discovery Zone is where you pursue high-impact, high-ignorance opportunities. It’s the place where you’re making it up, you’re going to be surprised, and what you learn will dramatically change the business case. This is where the innovation blind spots are. People don’t talk about them because they’re scary. If you get the wrong answer, you’re done. But it’s this decisiveness that makes the Discovery Zone so powerful.

[14:58] What’s another example of a product created in the Discovery Zone?

I asked what the risks are on the project. The team said it boiled down to supply. I realized they were right, but I had asked the wrong question, because they loved to figure out supply. That is their comfort zone. I’m not questioning whether they can do it. I flipped it around and asked, “What would you want to know before you put your kids’ college funds into making this happen?” They quickly came up with a lot of issues with customer use patterns. The critical issue was, What’s the pattern of behavior? People loved it, but would people adopt it as technology?

There’s a giant assumption people will make prints. We needed an experiment to tell us whether or not there’s a behavior change involved. We saturated a zip code with prototypes and spent half a million dollars doing a study. People loved it, but it was a novelty. Everybody tried it and nobody came back.

Their Discovery Zone looked like a catastrophe. However, here’s the brilliant thing about the Discovery Zone— the possibility of learning something new does not come from your comfort zone. It comes from outside your comfort zone. The team found that some of the small stores who had installed the experimental kiosks had lost the photo business to big box stores needed a way to draw people back into stores for prints. They wanted the print engine.

The head of the team went back to his boss, who knew something was wrong, and said, “I want to cancel the ATM program.” The boss was expecting him to defend it, but he immediately disarmed the conversation. He said, “I learned something so important. I have a proposal that I think is even better. Can I divert funds to that?” And he pitched the Minilab printer, which fills this niche. The executive got on board and helped create and upgrade that idea.

Instead of fighting about the failure, this team leader completely reframed it. Had they not done that experiment they would have been $20 million in the holes three years later. He saved a bunch of money and got a second-at-bat.

The Discovery Zone gives you new learning and insight. You’re managing risk. Reframing the failure makes you a steward of the resources. Make your experiments around what’s in the Discovery Zone, and if you’re successful, you’re a hero, and if not, you can learn and be a hero too because you’ve saved the company a lot of money they might have spent on something ridiculous.

[24:16] How do we recognize that we should be in the Discovery Zone?

The the ratio of speculation to actual knowledge around a project. Take a broad view of your issues. Get different perspectives and rank them by ignorance and impact. Figure out what uncertainties build confidence in the business case. As a rule of thumb, whatever you’re good at is going to be overworked. It’s probably what you’re not good at that you need to look at. That’s where you start to show a little fear or anxiety. You’re not sure how to answer the questions. You can role play as an outsider and ask questions that are to answer. Organize your learning plans around the Discovery Zone questions. You can learn a lot by thinking in terms of uncertainties.