How product managers can align stakeholders on product projects 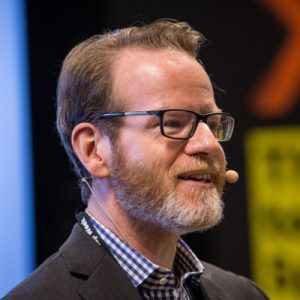 Today we are talking about the need for product leaders to manage stakeholders and the associated challenges this creates. Aligning the perspectives of stakeholders on a product project is desirable as well as difficult.

Helping us with this difficult task is Bruce McCarthy. Previously, Bruce joined us for a three-part series on creating and using product roadmaps. He is the co-author of the book Product Roadmaps Relaunched: How to Set Direction While Embracing Uncertainty. He is currently working on a new book project, co-authoring Aligned: Stakeholder Management for Product Leaders. He is also the co-founder of Product Culture—one of his customers said about Bruce, “Coach, trusted advisor, organizational therapist—like me, you’ll probably hire Bruce because of his experience in product management or his skills as an Agile coach.” What a great quote.

When we wrote Product Roadmaps Relaunched, we knew just producing a roadmap is not the goal for product management teams. The goal is alignment of the team. As part of a workshop on roadmaps, I was briefly covering tips for gaining alignment, and someone told me, “I really enjoyed the workshop on roadmaps, but we need a workshop on alignment. This is the stuff nobody teaches. This is the stuff that allows you to take any framework, any bunch of data, any existing team, and glue it together.”

I came to the realization this person was right. It’s the hidden skill of being able to influence without having authority that is the difference between a product manager who would seem on paper to tick all the boxes and one who’s really going to be successful.

If you’re a product manager, you cannot issue orders, so you have to influence people. You can’t say, “This is where we’re going,” so you have to convince people where you should be going.

[10:49] What are the challenges that leaders face in getting other senior leadership in the organization aligned around feature prioritization?

Making good decisions is not the challenge; the challenge is getting people aligned with those decisions so you’re not constantly second-guessing or shifting priorities. If there’s a lot of disagreement on which features come first, that reveals there is not good alignment on goals—not the what but the why. Everyone has their point of view, and it’s up to you as the product manager to articulate not the ordered list of features but your vision for the future of the product, why it’s so great for the customer and the company, and how you will measure success with dollars and cents for the company. Given those assumptions, the priority list becomes much easier to agree on. You can still argue a little bit, but now you’re debating the best solution to the problem because you’ve agreed on the problem.

[17:51] What can product leaders do to create stakeholder alignment?

It’s easy to think you agree because you’re using the same words when you don’t actually agree, or to think you’re not agreeing when you’re using different words to mean the same thing. It’s helpful to think about stakeholders as a type of customer. For decades, product managers have been told they need to understand the customer, and they’ve been taught a lot of skills in customer discovery, but they forget all about that when they’re talking to people inside the company. That’s a mistake.

We segment customers. We can also segment stakeholders. In the company, we have different departments, functions, and levels of authority. I’ve developed the TIPS Framework to classify stakeholders into four categories:

Make a canvas, just like a business canvas, to figure out whom you should be talking to. Go to them and do a customer discovery interview. Instead of just showing your roadmap and asking them to sign off, ask about their business and job. Ask what success looks like to them and where they’re struggling.

Goals specific to a person’s role are obvious and easy to talk about, e.g., they need to generate a certain number of leads. What’s harder to talk about are people’s personal needs, yet we talk about those with customers too. It’s the same with stakeholders. If you know someone wants a promotion, you can position your product as something that will make them more visible as a successful contributor to something awesome.

[24:22] Do you have a story you can share with us about stakeholder alignment?

First I have a disaster story. I created my first software product as a product manager, Letter Builder. It was an online print and mail shop in the 90’s before anything like that existed. It was a total utter flop, doomed from the start. It was not doomed because the customer didn’t care. I did a bunch of research, and I think there was an opportunity for product-market fit there. And it wasn’t that the product didn’t work. It was that we didn’t have product-company fit.

We were two weeks from launch and I went to ask the VP of marketing what the promotional plan was, but before I could ask, she asked me what the promotional plan was. I spluttered for a minute and came up with a few ideas the marketing team could do. She stopped me and said, “You don’t understand, Bruce. My team’s time and budget are completely allocated to promoting our core product that we’ve had for years. Your new product sounds great, but I have no budget or time for that.”

I stumbled out of there not knowing what I was going to do and spoke to the Head of the Sales. It was the same story. The comp plan was set and we were not going to change it, so they had no interest in selling the product. I stumbled from there to lunch with the president and CEO who were taking me to lunch to celebrate that I was about to ship the product, and their first question was, “What are your expectations for the product?” And it was a very quiet lunch. The product went absolutely nowhere.

I learned a lot about what not to do or rather what I needed to do that I had neglected to do about getting stakeholder alignment.

Chase Morsey joined the product planning team at Ford Motor Company right after World War II, and he was super excited because he’d been a Ford driver his whole life and loved the Ford V-8 engine. When he joined, he discovered they were going to discontinue making V-8s because the procurement and finance team had decided they were too expensive and unprofitable. Chase went to his boss and said, “I think this is a huge mistake. People buy the car because of the V-8.”

His boss said, “You might be right, but all the executives are aligned on this plan. What are you going to do about it?”

Chase decided he was going to do something about it. He did the first market research Ford had ever done with customers to find out why they bought a Ford or a Chevy, which was the main competitor at the time. He went to the dealers and confirmed they all felt the V-8 was their only weapon against the Chevy, because the Ford was slightly more expensive. Chase bought a Chevy and had the team pull it apart and source all the parts. They discovered the Chevy V-6’s parts were slightly more expensive than the Ford V-8’s parts. Chase talked to manufacturing and found they were working on a plan for more efficient assembly and could reduce the cost of assembly. They worked out that they could make the V-8 for $50 less per unit than Chevy was making their V-6.

Chase worked with all the departments—marketing, sales, dealers, customers, finance team, procurement team, and manufacturing team—and he synthesized a plan for making more money on the V-8 rather than less. He went to the executive team and presented everything. The executives kept questioning him and his assumptions, and every time they did, somebody from another department stood up and said, “No, he’s right. We did the analysis.”

It took all day, but the executives eventually had to back down and uncancel the V-8, which went on to become the motor for the Mustang, the Thunderbird, and every other well-known Ford. Chase not only saved those cars but also might have saved the company from extinction.

If we could all aspire to be like Chase Morsey, we’d have a really strong product culture in our companies.

“A true leader is not a searcher for consensus but a molder of consensus.” – Martin Luther King, Jr.