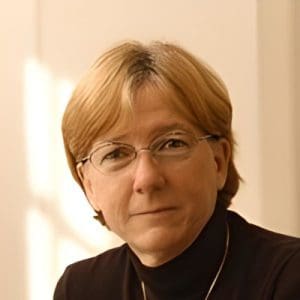 Today we are talking about being a serial innovator and how that can greatly improve the innovation results of an organization.

Joining us is Dr. Abbie Griffin, who holds the Royal L. Garff Presidential Chair in Marketing at the David Eccles School of Business at the University of Utah. She began her career in chemical engineering at Polaroid, went on to do product commercialization at Corning Glass, and later became a university professor after earning her PhD from MIT. 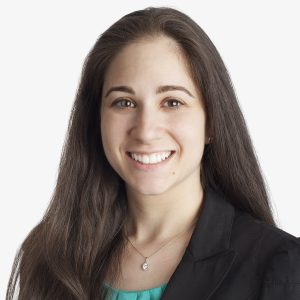 Abbie and Carmel, with the help of a few others, have created a public workshop titled Product Innovation Master Class: How to Become a Serial Innovator. If you find the discussion helpful in this episode, check out this masterclass, which is being offered virtually from November 1st to 3rd. They are offering a $400 discount for listeners of this podcast. Register here and use the discount code ProductMasteryNow.

Serial innovators are individuals at large, mature companies who are associated with one after another radical innovation commercial successes. These individuals work in middle management and have to figure out what others want and how to make innovation work in the context of the corporate environment.  They have to manage politics, fit into the company’s processes, and do upfront work.

[6:21] Do you see innovation getting pushed out in large organizations?

We see three different ways large, mature companies can organize and execute radical innovation. Christensen’s innovation theory is a market-driven simplification approach that does innovation in a startup outside a mature company. Gina O’Connor’s research focuses on a technology-driven approach for doing radical innovation in large, mature companies. Our research focuses on a people approach, driven by people who want to solve unbelievable problems. This is a problem-driven approach—they need to understand the problem in order to solve it.

[9:41] What impacts have you seen as a result of the Serial Innovators book?

It’s wonderful to get emails about how this research has changed people’s lives. Equally important, this research provides managers of serial innovators with the ability to understand how to better manage them. A lot of serial innovators have succeeded because they found a manager who lets them go away at the front end of innovation and be quiet for six or eight months while they do background work to understand a problem in enormous detail.

[13:15] Can you talk about serial innovation teams?

For radical innovation, there are three major sets of tasks: invent, get projects politically accepted, and implement. In most organizations, those are done very separately. The serial innovator has all those skills. If you have a serial innovator who isn’t quite up to speed in all those areas, you need to supplement him or her with a team. They need some people who are technical and can do some details of inventing. You need a manager who can be the liaison with upper management and other stakeholders. You need a detail-oriented project manager who can execute the implementation. Most serial innovators will have multiple different kinds of technical backgrounds, but if they don’t, they need to work jointly with individuals with other technical experience.

Include people on the team with neural diversity. For example, I think spatially, and John Houser, my thesis advisor, thinks in equations. When we were solving problems for voice-of-the-customer research, we would sit together and I would draw a picture and John would write an equation. I’d look at the equation and draw a different picture, and he would write a different equation. Between the two of us, each speaking our own language, we would come up with the right model. I couldn’t have come up with that on my own, and neither could John.

Sometimes you can intentionally find people with different skills to work together, and other times it happens serendipitously. I think we can do a better job in companies of managing teams to make sure we get people who think spatially and numerically and people with different technical backgrounds. This will create frustration at times, and you have to learn how to overcome that. Having someone who can help facilitate the rough patches is useful.

People usually play one role, although sometimes they may think in more than one way. Different thinkers bring the team together and create a neural diverse team.

Serial innovators think across several of those eight kinds of neural diversities. You may want to test the serial innovator and understand how they think to supplement the dimensions they are weaker on.

“Product development and the devil are in the details.” – Abbie Griffin