Insights for product managers from a Scrum Master 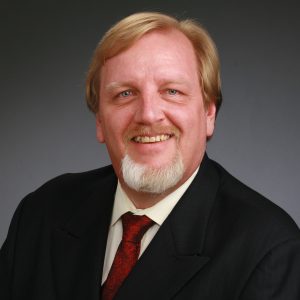 Scrum is a frequently used approach for software projects and many other types of projects that would benefit from agility, including physical products. While Scrum is common, there are still many issues organizations encounter using Scrum. To understand how to overcome them, you would want to hear from a real master, and that is Fred Fowler, one of only 50 individuals in the United States who holds the prestigious Professional Scrum Master Level III certification. Fred has been developing software in Silicon Valley for more than 35 years. He tackles many of the issues he has encountered in his book Advanced Scrum Case Studies: Real-World Situations and How to Address Them.

[3:03] What attracted you to Scrum and becoming a Scrum practitioner?

It’s hard to pinpoint the actual moment. I’ve been developing software forever, and for a long time I made my living working with people who didn’t understand technology very well but understood business. By understanding their needs, I was able to craft solutions that fit their needs.

Scrum is about identifying needs and organizing people to fill those needs in a way that can be measured. I can’t emphasize enough how important measurement is, because unless you’re measuring, you have no idea whether things are getting better or worse. One of the most powerful aspects of the Scrum framework is its emphasis on measuring things—in product development, measuring the value of the product.

In the world of software, many software practitioners don’t focus on measuring the value of their products. They measure the effort users put in but not the value users get out. It’s very important to measure the right stuff.

[6:18] What metrics should product teams measure?

Measuring the productivity of individual developers is impossible and a waste of time. Almost all the metrics I’ve heard about are just measurements of effort. There’s no point in measuring effort because you’re not finding out whether that effort is producing value. The only thing that makes sense to measure is the value of the product.

A product owner or product manager is the person who is the investor in the world of Scrum. The product backlog is a list of needs to be filled. It’s the product owner’s responsibility to figure out which needs are valuable to work on now. There’s a negotiation between the product owner and the developers to reach an agreement about what is going to be produced by the end of a fixed period of time called a sprint.

In software, people get focused on technology and measure effort because it’s easy, but you need to figure out whether you’re developing something that is worth more than the cost you’re putting into it.

The product owner needs to use the tools of product management to put a gauge on the value. The customer needs to give feedback. In the Scrum framework, during the sprint review, you look at the state of the product at the end of the sprint and have people who want to buy it in the room reacting. They give guidance to the product owner, who builds the feedback into the Scrum cycle. Ideally, have the customers heavily involved. If you have a single customer, that’s simple. If you have a mass market, you need focus groups or test markets.

[11:52] How are customers used to provide feedback and what are some of the decision criteria for how they’re part of the project?

There’s only one way to measure the product’s value: Sell it. Measure value by having people put their money where their mouth is. In the world of Lean, you deliver value in bit-sized pieces—minimum viable products. Get something into customers’ hands as soon as possible and find out what they think about its value by asking them to pay for it.

There are four ways to increase value:

In Scrum, we talk about cross-functionality and self-organizational principles. A team is cross-functional if it has the capability to produce the product without getting any outside help. That’s very important in Scrum. If a team cannot do everything to create the value the product owner identifies, it has an excuse for not producing. The people who get authority are the ones capable of carrying it out, and if they can’t because they don’t have the right people or skills, they shouldn’t be making decisions.

Just as important is self-management. Teams have to make their own decisions about how to get the product created. People don’t want to do that. Developers say, just tell me what to do and I’ll do my best.  They’re basically saying, I’ll try, but I don’t guarantee anything, and if it’s wrong it’s your fault. Teams have to make their own decisions so they can’t point fingers at anybody else.

The word manager is dangerous in a Scrum context because a manager is usually somebody who’s held accountable for results. In Scrum, the development team needs to be accountable for producing results. Developers love to have managers because they can avoid responsibility. Being a product manager in that context is a difficult, thankless job.

[25:07] How do roadmaps work with Scrum in product management?

I’ve dealt with many roadmap issues because roadmaps tend to be made by C-level people and committees making a calendar for the whole year about what they want when. The problem is none of them is actually doing the work. An old joke says nothing is impossible if you don’t have to do it yourself.

When a manager says, “I don’t care how you do it. Get it done,” it leads to disaster because people under pressure will make it look like they got it done, but actually they will not have gotten it done. They’ll take shortcuts and kludges to make it appear they met the deadline.