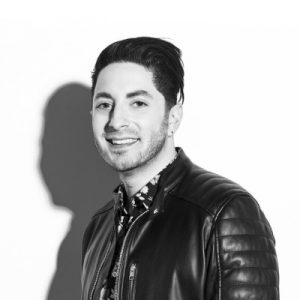 Today we are taking a product journey, exploring how an insight about an underserved market turned into a valuable product and a rapidly growing company. I love hearing stories of a product’s journey and enjoy sharing one occasionally on this podcast because, regardless of you role in product management, leadership, or innovation, there are important lessons to be learned.

During his experience he became aware of an opportunity to better serve small businesses that needed to frequently make and manage client appointments. He is now the co-founder and CEO of Boulevard, which provides a SaaS platform for spas and salons to increase sales, in part by increasing client bookings and decreasing no-shows. I’m eager to hear how Matt has made this happen.

[2:35] What early experiences caused you to be interested in creating products?

I grew up building with Lego, K’NEX, and Lincoln Logs, doing finger painting, and exploring my creative and artistic side. Growing up I didn’t know if I wanted to go into computer science or graphic design. I decided on information technology because of the salary and kept graphic design as a hobby. Product has been a way to join the artistic and technical worlds.

[4:42] How did your interest in design and user experience evolve?

I noticed the most successful companies’ products feel delightful and magical. They surprise you with their elegance and how easy they are to use. I love creating those moments with technology, particularly straddling the worlds of software engineering and design. I’ve always been drawn to building technology for creative individuals, and that’s been the theme throughout my whole career.

[8:40] Where did the idea to create a product for spas and salons come from?

At my last company, I was the VP of Product and the co-founder of Boulevard, Sean, was the VP of Engineering. One day Sean’s hair was a complete disaster, and I told him he was looking way too much like an engineer and needed to get a haircut.

He kept forgetting to call the salon during the day to make an appointment, and at night when he remembered they were closed. I had the same problem. We hypothesized that if salons were more convenient to call, they would make more money, and we didn’t understand why they were seemingly so far behind on technology.

One weekend Sean and I walked into a bunch of different salons in LA and asked them how they handled appointments. We were surprised that 100% of the businesses were using technology that was capable of online booking, but none of them had it embedded in their website. They wanted people to call to make appointments. We learned these businesses are really low margin—a healthy salon or spa operates on a 5% profit margin. The front desk controls the profitability of the business based on how they schedule appointments. If you’re a new guest, they’ll add 15 minutes consultation time. If you’re returning, they want to know what service you got, who your stylist was, and exactly how long it took. If you no-showed in the past, they’ll put you at the end of the day so if you no-show again, they can cut the staff early. Most importantly, they’re double-booking so a professional can be with multiple clients at once, and they’re making sure there are no gaps between appointments on the schedule.

The front desk staff is doing yield optimization on the fly, and no scheduling system had any business logic. It was a no-win situation for business owners. Either they had had to hire an army of front desk staff and have friction in the client experience, or they had to use online booking and be less profitable.

We thought technology could solve this. We built our MVP, found a couple of customers at first, and built lots of functionality to figure out how to optimize the schedule in real time. We built a constraint solver that takes all the inputs and figures out the most ideal time for the appointment. When customers book an appointment, the calendar only shows the times that are best for the business. We learned that the start time of the appointment doesn’t matter much to customers, but it matters a great deal to the business. We knew if we could turn this opportunity into a win-win for the consumer and business owner, it would also be a win for our company.

Automating scheduling allows stylists and salon owners to be more productive on the things that truly matter. We try to automate as much of the mundane as possible. We’ve evolved from just a scheduling app to an entire client experience platform—point of sale, reporting, inventory management, you name it. We’re following the vertical SaaS playbook of building a lot of functionality that goes very deep for a specific vertical.

[20:15] How did you decide you had a big enough market that this problem was worth pursuing?

I don’t think were were thinking about the market size per se, but we intuitively understood that hair grows. There are enough people in the world who need personal care services, so we knew it was a big opportunity.

The reactions we got when we were doing our research were surprising. The front desk staff told us about their current solution and said it’s the worst, it hasn’t been updated in eight years, etc. The emotional response was very powerful. The market had been overlooked for a long time, and we believe salons and spas need software specifically tailored to them.

[22:47] When you were creating your MVP, how did you decide what to put in to keep it manageable and know if you were on the right track?

The rule of thumb is to create the lightest possible MVP. We were entering a brownfield opportunity—a market with a lot of existing solutions that are dying and not innovating. The barrier to entry was pretty high. We needed to create the full product. It was not a lean MVP, and we knew going in that it would be a bit of a slog to build out. We tried to de-risk the MVP as much as possible by doing a ton of interviews and talking with people from the industry. We knew if we got the MVP right it could really snowball from there. Sean and I spent nine months building the MVP and getting constant feedback.

The problem we wanted to solve first was making sure appointments were booked back-to-back. We saw that as the highest leverage value proposition because no one was doing it and that’s where all the pain came from for these businesses. We focused on that, and we also built the MVP in a way that was compatible to scale.

We were really tuned into the competitive landscape. We had a list of the top 15 existing solutions and exactly what they could do. Through research, direct conversations, observation of customers, and competitive intelligence, we were able to create the lightest MVP possible.

We took mockups to different salons, barber shops, and spas and showed different flows for client booking. Before we went deep into building, we validated our ideas through these mockups.

Sometimes products managers are afraid to get in front of the customer. You can learn so much by meeting your customer and observing them. For the first two years of our company, we worked on location at salons, spas, and barber shops. I worked the front desk and Sean was in the back coding new features in real time. We observed the business for a long period of time and built the features we needed to onboard customers. Then we would babysit to make sure everything was working optimally. Our system is very different from our competitors’ because the amount of information we were able to learn through firsthand observation was incredible. I can’t overstate the importance of being truly dialed in to what your customers need.