Innovate for the future – for product managers 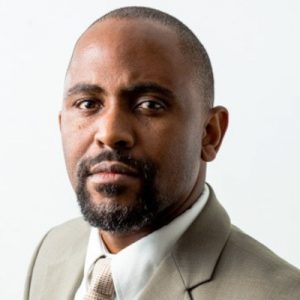 Is your organization innovative? Is innovation part of the culture and an aspect of the organization’s reputation? Or is innovation something that is just talked about, but you know real action isn’t taking place—what’s been called Innovation Theater. If so, today we are talking about changing that—how organizations can be more innovative and the action leaders need to take to make it happen.

To help us is Tendayi Viki. He is a returning guest, having joined us in episode 308. Tendayi is an author and innovation consultant. He holds a PhD in Psychology and an MBA. He is also an Associate Partner at Strategyzer, where he helps large organizations innovate for the future while managing their core business.

[2:03] How do you help companies innovate for the future?

Organizational leadership is stewardship. Half the job is helping the company succeed right now, and the other half is setting up the company to survive and thrive into the future. Surviving into the future requires coming up with new things that are future-facing.

[4:05] How do you transform the organization to be able to do both of those jobs?

The first step is philosophical alignment with the belief that human life is a mixture of daily bread and planting for the next season. For example, if you get drawn into tasks and forget to take a walk, it’s not good for your future capability. Make hay while the sun shines. It’s hard to make hay while the sun is shining, because you want to go to the beach and surf. People need a philosophical buy-in; otherwise they’re being dragged to a trough they don’t want to drink from.

Embrace the idea that first we shape the tools and then the tools shape us. Every organization has tools it uses, but often we take those for granted and nobody challenges the underlying philosophy. Large organizations tend to struggle with innovation because they apply their core business processes to innovation since those are the tools they have on hand. They’re picking up harvesting tools for planting. The worlds of innovation and core business need different management tools, processes, and philosophy. Core business uses execution tools. Innovation uses design tools.

Buckminster Fuller said, “Rather than argue with people about their behavior, just give them a tool that is an expression of the behaviors you want them to show, and by using the tool, they get to embody the process.” If you try to change someone’s mindset, but they don’t have the tools to do anything differently, their mind may be changed, but they can’t manifest that in any way. It’s better to give people tools that allow them to manifest the right behaviors, and you’ll see the mindset shifts happen over time.

[12:22] Can you tell us a story about providing the right tools?

I was helping an organization make investment decisions on new products, and I sat in on their process. Their R&D scientists were coming up with great inventions, but then the scientists had to fill in a long business case. After that, they came to a session where the questioning was brutal. Leadership asked customer-based questions like “Have you sold anything yet? How do you know what customers want?” The organization was convinced the brutality of the questioning extracted the truth. I had to convince them there was no truth to be found. They could be as brutal as they wanted, but the R&D scientists didn’t know the answers to the questions. They needed to create a preceding process where the scientists could gather data about customers to answer the questions. After that, the questioning would produce truth.

The question in innovation is how much are you willing to pay for that initial process? Typically, your organization will give you money if you promise a return, but in this context they’re giving money because you’re promising answers to questions, but you’re not promising what the answers are going to be. You might or might not find that there is value to be created.

[15:41] How can we decide how much to invest to get information on what will create value for customers?

It depends on the industry, but there are a few overarching principles. Don’t build anything tangible before you know exactly what the customer needs and wants. Don’t build the expensive product before you build prototypes and see whether the value proposition resonates. Don’t start manufacturing before you get the price point that customers are willing to pay.

Consider how much money a team would need to get answers to these questions in your industry. Answer the first question (what does your customer need?) first. If you get a positive answer, invest more and go to the next level of questions. Use this process to create an innovation framework—a different system for managing innovation than for managing the core business.

[18:37] How do we find out what customers want without building a prototype?

To compete against luck, as Clayton Christensen said, you need a deep understanding of customers, their context, jobs-to-be-done, things they’re trying to accomplish, and things that get in their way. The more you know, the better innovator you become. Taking a prototype into your first conversations hurts your ability to learn, because you’ve already placed a solution in front of the customer. You’ll get feedback on the solution, but it won’t help you get a deep, empathic understanding of the customer.

You can have an initial series of experiments to get empathy, then use that empathy to design your first prototype, then double check whether what you heard was correct. You can do all this in your early stage of testing.

[20:54] What can you do when you encounter a leader who thinks you’ll find out what the customer needs after you launch the product?

I ask them to write down the last four projects that they thought were going to be really successful and invested money in only to find the projects didn’t work out. Then I ask if they would have wanted to know that it wouldn’t work before they invested money. Sometimes leaders can still be very resistant and you have to just walk away from them.

“Almost by definition, a single person could not alone create an innovation.” – Jon Gertner