How to load up your brain with your customers’ mindset 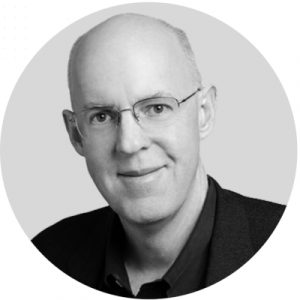 How do you figure out what your customers want? Stop and think about it for a few seconds. Is your product work based on what Sales wants, what an Executive or other HiPPO wants, what your competitor is doing, some insights gained about your customers, or something else? While we all have constraints, insights about the people using our products and the needs they have help us develop better products.

To explore getting customer insights, Mike Mace is with us. He leads market strategy for UserTesting, which is a firm that helps you experience what your customers experience, getting human insights within just a few hours to help you design and deliver exceptional products. Mike has a long history in product work, spending a decade at Apple, helping Silicon Graphics, then contributing to growth at Palm, as well as assisting other organizations to be more successful with their products. He is going to help us learn how to quickly get customer insights for our product work.

[3:44] How do we get better insights about our customers?

It’s not about asking your customers what they want; it’s about figuring out what they need and what you would they would like you to do for them. On the other hand, don’t be arrogant—there are a lot of companies that say they know what the customer needs, but it doesn’t work at all. If you’re not getting inside your customers’ heads, you won’t be able to produce market traction on anything new.

My favorite example comes from my time at Apple. We did enormous quantitative surveys and asked customers which features they wanted. Consistently, a bigger hard drive and more memory were ranked highest, and multimedia features were ranked lowest. We executed on those findings, but the company was gradually dying. In the late 1990s, Steve Jobs came back and said we were going to work on multimedia features. He understood we didn’t need something of mediocre interest to 90% of customers; we needed something 10% of people will absolutely adore. Intelligently parsing customer feedback to solve a problem that is compelling to a certain segment of the audience as opposed to blindly following customers’ requests turned the company around. Following an overall average inevitably makes you mediocre. It’s not that you shouldn’t take any customer feedback. It’s what you do with it that matters.

[10:05] What should we avoid when we’re trying to understand customers’ needs?

Don’t over-rely on proxies. A lot of people need to do discovery but don’t have time to talk to their regular customers, so they use people they’ve talked with in the past, friends and family, or only customers in their city. That’s better than nothing, but when you go to the same people repeatedly they turn into insiders. During COVID, many people used social media to get customer feedback, but the voices on social media are self-selected and systematically biased because those most active on social media are not average people—they’re fanatics. When you use these proxies, you end up designing the product for the 5% who are fanatics rather than the core of the market.

I grew up in the old world of market research, which relied on slow, expensive focus groups. Now through technology it’s possible to get video feedback from people for just about anything you want within a couple of hours. They can record themselves interacting with anything you can show on a computer screen or completing any task you ask them to do. User testing is a way to get regular people to respond to any prompt—a marketing message, a product question, a discovery point. You get more candor when someone is talking to their computer than when they’re talking to a live interviewer. You can get this feedback within a few hours or a couple of days at most.

There are huge areas where we all guess regularly because we’re not used to having feedback available. Now getting feedback has sped up so there’s no excuse for making an important decision blindly. Think about how many guesses you make each week and how much risk that introduces into your product. Why are you doing that when you have the option to get really fast feedback? We don’t have to guess anymore.

[18:22] How can we use user testing to better test hypotheses?

Many companies assume the best way to test hypotheses is to fail fast. But it’s better to not fail in the first place. If you can use user testing to get it 90% right the first time, you’ll have more credibility as a PM, you’ll save money because you’re doing fewer sprints, and your engineers will be more motivated because you’re not asking them to do as much rework. You’ll still occasionally fail and learn from it, but you’ll have less failure and get it right more quickly.

[20:12] Can you take us through an example of how we would construct a test to get customer insights?

When you’re in the discovery phase and need feedback from customers, you have two choices. Number one, though our system at UserTesting and other systems like it, you can rapidly recruit, schedule, and record live discovery interviews. Within a day, you can chose your target demographics and availability, automatically record your video sessions, and cut out clips to share.

Number two, you can ask people to respond to a list of questions and record themselves. The return time is even faster because you don’t have to be in the interview with those people, and you get more candid responses. Start with just one person responding to make sure your questions are clear. Then get a few more interviews. You don’t need a statistically significant sample. Watch a few interviews and see if you’re hearing the same stuff. If not, do a few more until you start to hear repeated themes. Do just enough to map out how customers think. This is about loading up your brain with the customers’ mindset so you can make good decisions on their behalf.

You can also get feedback after the discovery phase—to prioritize features, resolve an argument within the team, validate or invalidate a VP’s idea, and test first-time user experience when you’re launching a product.

“If you don’t know where you are going, any road will get you there.” – Lewis Carroll